Madonna’s Official 2013 Calendar has arrived and once again is offered in two different versions for the North American and the European markets, both priced at US$14.95 / £9.95 / 12.95 at the Official Madonna Store.

The square-sized, US version is a 16-month calendar features 13 stunning photos from Madonna’s MDNA album and singles by Mert Alas & Marcus Piggott. This one is expected to ship around August 22nd.

The European version is once again designed in a vertical A3 format and is a 12-month calendar featuring stunning photos from Madonna’s MDNA album and singles also by Mert & Marcus – some exclusive to this European Calendar edition. This version will ship on or around September 20th. 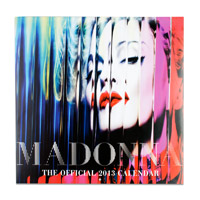 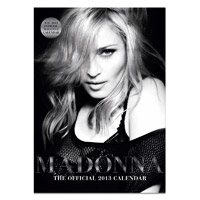