Here’s an extremely rare promotional postcard featuring a black and white image taken by Gene Shaw in 1994 in New York, titled “Madonna and Popsicle“. In the shot Madonna is wearing denim shorts and a skimp white tank top. She is sucking on a popsicle. Her lips are the only color portion of the image and are a deep red.
The text on the card reads “Gene Shaw at Spa Wednesday June 19th 2002” and is a promotion for a hot New York City nightspot.
Click on Image to Enlarge 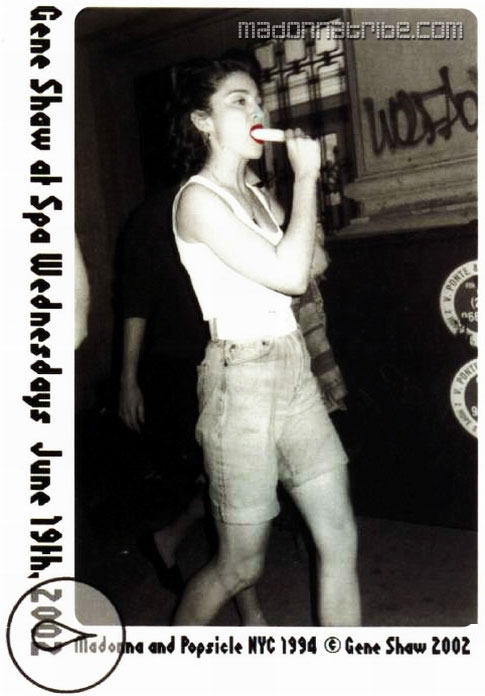